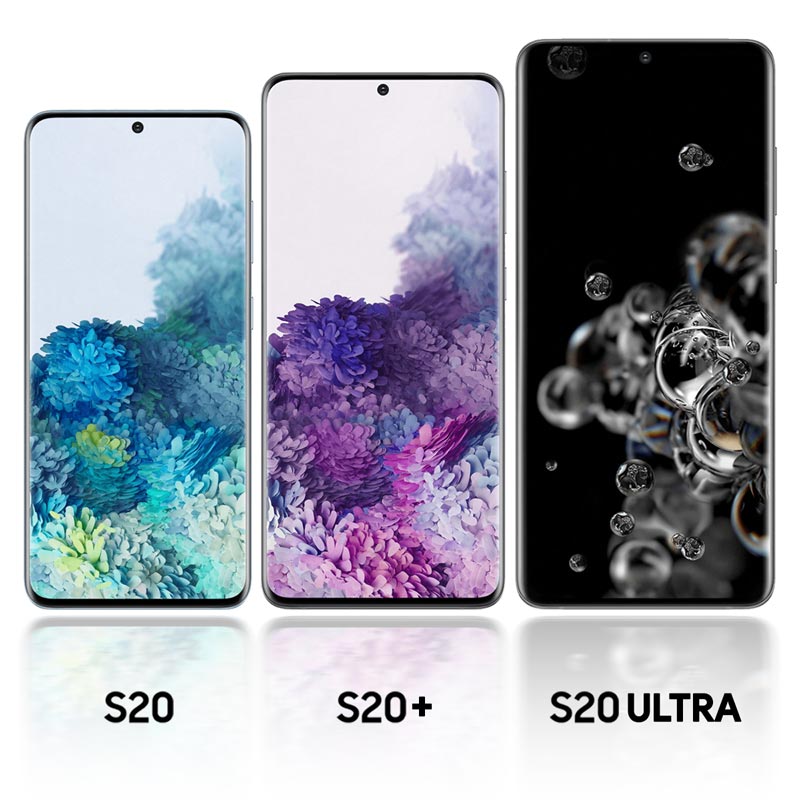 This year Samsung is looking to blow away the competition with the release of their new S20 series. Wait, what about the S11-19 you say? Well, forget about those, it’s cool to release a product called S20 in the year 2020. We’re just going to have to accept it.

We’re looking at a group of four new phones so far, with a few variations on the particular models. They are the S20, the S20+, the S20 Ultra and the Galaxy Z Flip. The Galaxy Z Flip is the outlier in this group, featuring the largest price tag for slightly lower specifications but a much more innovative and compact form factor. The Z Flip is the follow up to last year’s Galaxy Fold – which means its biggest selling point is a folding screen, however, this year instead of folding vertically like a book, the screen now folds horizontally like a clam-shell.

The main S20 series will pack a punch when it comes to features and upgrades. Those who like to put a number on things will be excited by the supposed 108 mega-pixel image sensor – a truly eye watering number of pixels. It’s also rumoured that the S20 Ultra will be able to record 8K video, which would certainly be impressive given how compact the phone is. The camera app will feature a function that allows you to shoot with all of the cameras at once, meaning if you’re in a rush, you can capture an ultra-wide, telephoto and regular lens shot all at the same time. Perfect for those people that just can’t make a decision.

When it comes to size, the S20 will be the smallest of the bunch sporting a 6.2-inch display. The S20+ will have a larger 6.7-inch screen and the S20 Ultra will have the largest of all, coming in at a whopping 6.9-inches.

Hopefully that means some serious battery life on this new series of phones, something that the S10s were a bit lacking in last year. The Ultra is apparently going to have a 5000 mAh battery with fast charging (0 to 100% in under 75 minutes). It’s going to need it to support 5G radios and the new high frame rate screen that will make it a joy to play games and videos on.

5G will be a big focus of the S20 series; the S20 Ultra and Galaxy Z Flip will come with 5G as standard, but the smaller brothers will both have two models available, the S20/S20 5G and the S20+/S20+ 5G. You’ll have to pay a premium for the 5G versions, but if you’re interested in using the phone for the next few years it might well be worth springing for the faster 5G version.

Recent leaks suggest that the whole S20 series will feature 12GB of RAM, while the Ultra might even have 16GB. This means buttery smooth performance and it’s unlikely you’ll ever have to close an app ever again. There will also be some serious storage available, starting at 128GB and going all the way up to 512GB – you just might need it if you plan on recording lots of videos and storing films and games on your device.

Hopefully you now know everything you need to know about the S20 series, now you just need to buy one…