The Best Cellphones of 2019

It seems as if mobile phones are being reinvented on a yearly basis. What was at one time cutting-edge technology can quickly fall to the wayside in favour of more complex and user-friendly models. This is why it can be a bit challenging to remain one step a head of the curve. Are you looking to upgrade to a newer model? Might you be considering a trade-in? What do the best names in the business have to offer in 2019? Let's take a look at some of the most popular cell phones as well as some of the amenities associated with each brand. Of course, feel free to supplement this information with your own research. 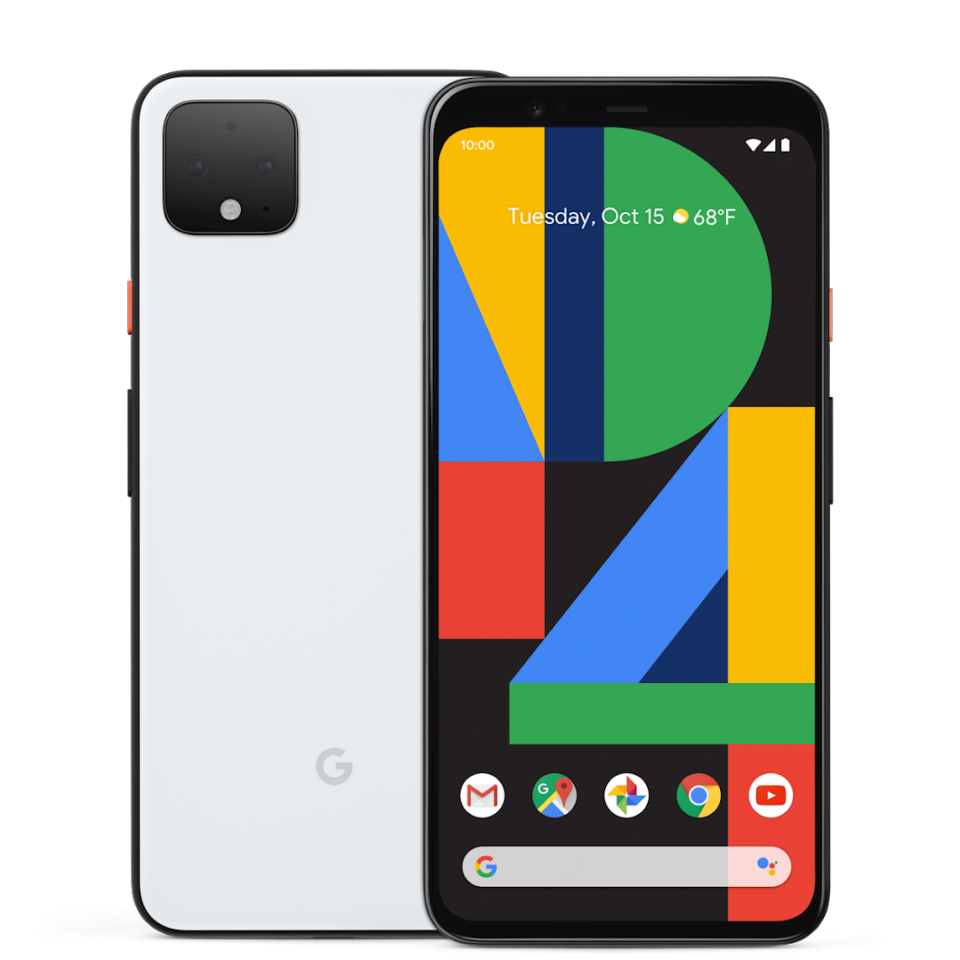 After a long period of leaked images and rumours, Google has finally launched their latest Pixel phones, the Google Pixel 4 and 4 XL. On the 15th of October Google showed off their newest phones alongside a line of other innovating products. The new Pixel comes in 2 models. The Pixel 4 and the larger model, the Pixel 4 XL. These are a direct upgrade for the Pixel 3 and 3 XL. Anyone who is familiar with the Pixel phones knows they excel when it comes to the camera and the AI, and Google seems to be doubling down on this. For the first time Google has moved away from the single lens setup and the Pixel now has 2 lenses. A 12MP main camera and a 16MP telephoto lens allowing the users to use improved zoom functions and make better pictures in low light. Although these numbers might not seem impressive compared to other phones, most of the progress is made on the software side. Google added new neural learning chips for improved software manipulation of images. When it comes to specs, the Pixel 4 will come with the new Snapdragon 855 chipset and a much needed upgrade to 6GB of RAM.

A change some people might not agree with is that Google has decided to lose the fingerprint scanner and go all-in on the face unlock, which supposedly is extremely easy to use and secure. Whether this is the case only time will tell. Google has also implemented hand gesture to control the phone. This allows you to wave your hand over the phone to, for example, active the screen or navigate the menus.

Although the Pixel 4 is quite similar to the Pixel 3, the design did get an update. The handset has a metal frame with a unique rubberized black coating. This might feel a bit strange but actually provides some protection to the phone and a lot of grip to hold. The Pixel 4 will come in just three colours: Just Black, Clearly White and Oh So Orange.

Early reviews have been slightly disappointing. The phone is amazing when it comes to the camera and the new AI features are definitely innovating. Whether these features are useful is something we are going to have to find out. If you’re someone who is set on making the best possible pictures with your phone then this will be a solid new phone, but as flagships go, the new Pixel 4 doesn’t grab the headlines like some rivals do.

The Pixel 4 and 4XL can now be pre-ordered will be hitting the stores on the 24th of October .

Ever since the original iPhone was unveiled as far back as 2007, Apple has been making waves within the mobile phone industry. After what some considered to be a slight disappointment with the iPhone 8, the iPhone XS series has taken the world by storm. One of the most impressive features of the XS line involves its ability to offer 64 gigabytes of storage as a standard feature. However, you always have the option to upgrade to the XS Max in order to enjoy 128 gigabytes (a good idea if you wish to download hefty files while out and about). In terms of visual qualities, you simply cannot go wrong with its massive 6.5-inch OLED display. Its colours have never been brighter and you now have the ability to watch 4K HD videos with ease. Of course, the iPhone XS has retained the same sleek and streamlined look that is associated with the entire brand; ideal if you were always a fan of its rather minimalist appearance. The rear-facing camera has incorporated smart HDR technology and you will be pleased to know that the entire line (the Max in particular) has boosted its battery life when compared to the iPhone 8 iterations.

Most experts feel that the S10 series by Samsung is the closest front runner to the iPhone XS. Not only do both models appear rather similar at first glance, but they offer a similar level of processing power. Of course, it can be argued that the main difference involves the Android operating system as opposed to the iOS architecture always associated with iPhones. Having said this, the S10 series offers a number of screen sizes and most feel that the 6.1-inch version is the most appropriate in terms of comfort and ease of use. Another massive benefit of this series is that the phone is capable of holding up to 512 gigabytes of memory; an incredible leap forward. The power of the S10 series is due in no small part to the presence of a Snapdragon 855 internal processor. The use of "Infinity-O" display technology is also excellent for watching videos or playing games. A 16-megapixel rear camera rounds out the S10 series in terms of benefits. The only possible drawback is that many feel that the embedded facial recognition technology can use a bit of work. However, the Galaxy S10 series is great if you cannot afford the iPhone XS.

The Chinese manufacturer Huawei has been making waves in the mobile phone community and some even feel that this brand could outstrip the major competitors mentioned above. The P30 series is a perfect example of how technology is being leveraged to benefit the end user. Interestingly enough, the P30 is actually thought to represent the best phone for photography enthusiasts thanks to the presence of no fewer than four cameras. A 40-megapixel wide angle lens is also capable of zooming in to capture minute details without losing a bit of crispness. However, the specs of the phone itself should also be mentioned. The P30 line offers a 6.47-inch screen and users can select a NanoSD expended storage card in order to obtain a full 512 gigabytes of memory. With a battery that offers 4,200 mAh of reliability (about 12 hours of continuous operation), the Huawei P30 is definitely worth a closer look. The only drawback is that the Trump administration temporarily blacklisted Huawei, so there was a difficult period with trade for a few months, but this blacklist has since been removed. Still, something to keep in mind if security and guaranteed updates are high up on your priorities.

It is clear to see that cell phone technology has come a long way and the digital future looks very bright indeed!